On planet earth 4017 there was a attack on the earth they were vicious and it was aliens they have came to our earth. and the only way we could get away is to leave planet earth. We left saying where do we go now.

We blasted off with a friend named Slamey we went where do we go now? We both saw a another planet that should keep us safe. We landed in a very weird spot that is when we saw a monster we were hiding behind a rock. Me and Slamey were scared and petrified we started crying saying plz stop. Then the monster said what are you talking about I am a very nice monster. He said welcome to the world of monsters this is where all the monsters go to eat people but I am a nice one. I said how are we going to get in your house. It is very easy I will keep you safe I know the safest way in where you guys won’t get caught I said I don’t trust you. And the monster said it’s ok we walked down the hill then we saw all the monsters we got very

We walked then we straight looked at a monster he said wait there is that a human. Every monster looked and he said no it ain’t I am just walking around can you guys just do what you guys are doing go just keep on going. They did we just walked down the alley we got scared the monster police said stop where are you going you will have to get body checked if you have any humans so we could eat them. I shivered all my spines shivered as well they checked then it said human human. Then the police said humans guys hurry we got out then we started  running for our life. I got scared me and slimey started running we ran up the hill got into the space ship but we didn’t get away they held on our ship. We got pushed down but then.

But then we fought let's go full power and Slamey said yes let’s go we both held on it and said 1 2 3 go VRRRRRRRR FULL POWER. boushh we blasted off in like a mile away then they left We huffed we got scared and we said fhew we didn’t die we blasted. Then then the nice monster said bye bye he started crying. Then we found another planet and stayed there

I will have my own bedroom with my own food and own water because we started on a new world with some new people and some new stuff to learn and that is how I got to this planet safely in 4017 and I like the planet so much. 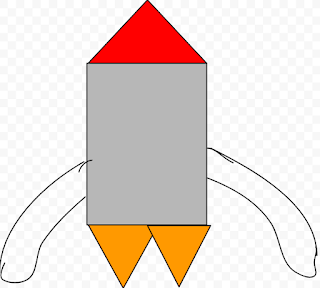 Hopa the return of the evil king prt 2

Me Ayman and Gizmo fell down screaming ahhhhhhh. We fell down and ayman hurt his leg i lifted him to herobrine i said. Will you be ok and Ayman said sure. We went then we saw his guards. I was like get them Gizmo he left then he fighted them he knocked them all out. All of them fell down then i said well done Gizmo you did well. Here have a cookie he ate it and we went while we were walking we saw 2 people. There names were Kruz and Tevarihi then we were like we should free them. And Ayman said ok we set them free and they said thank you then we said come with us then we will fight to victory!!! yeah here have spear stuff. We gave them because we always bring spears with us we walked we looked so geared up. We went to the door and said you betrayer!!! You will pay for this!!!!!!. Go get him!!! For what he has done we may not lose. The spider came i killed it then he summoned in more of zombies and skeletons. We killed them all then he left……

To be continued
Posted by Hopa at 10:08 No comments:


task description: we are learning about how technology change over time. And what we learnt over the time of all of that waka,s fishing and kayaks.and how to put on screencastify is to click on it and then you click on student or any then you are finish you.